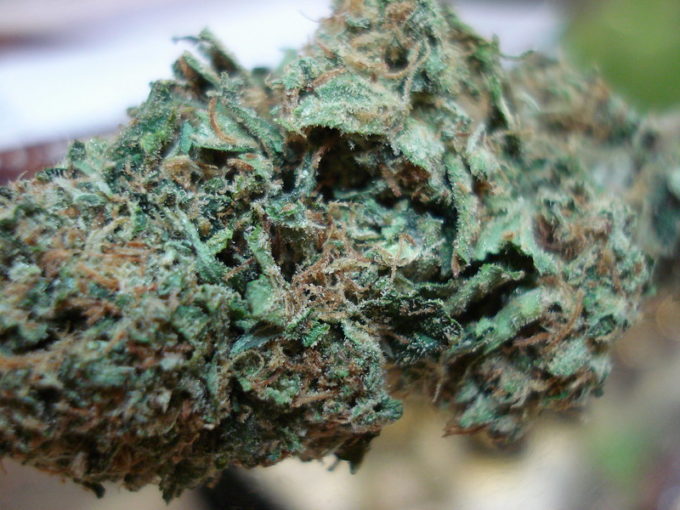 Tutankhamon, which is also known as King Tut, has a sour and skunky aroma that might make some inexperienced marijuana smokers back away from the strain. This hybrid cannabis strain has Sativa dominant qualities thanks to its heritage. Cannabis communities know of this bud thanks to its reputation to bring potent THC levels.

Even though it has average THC levels of 16% to 29%, most variants of this bud will hit the 29% mark. As for its appearance, it’s reminiscent to a Christmas tree instead of a pyramid. Its triangular-shaped nugs have a forest-green color with dark olive green leaves.

What are the Effects of Tutankhamon?

Its high average THC levels make Tutankhamon known throughout many cannabis communities. This Sativa-dominant strain has effects hitting more of the cerebral side instead of the physical aspects of its users.

On that note, this cannabis strain can greatly help in transforming negative moods into positive dispositions. As a significant number of mental waves hit their all-time highs, the minds of users will remain clear. In fact, influx upon the influx of creative thoughts will enter the mind with complementing boosts of energy.

What are the Medical Benefits of Tutankhamon?

Tutankhamon’s ability to uplift the moods of its users is deemed one of the best in the marijuana industry. It takes almost no time to induce happiness to its users making it seem that negativity doesn’t exist in their systems in the first place. It can also provide relief and treatment in mild to severe cases of certain mental health disorders like PTSD.

What are the Negative Effects that you can expect from Tutankhamon?

The tomb of this Egyptian King might come with a curse, but Tutankhamon promotes mild adverse effects. It does guarantee cottonmouths and dry eyes to its users but will start to dissipate by the end of smoking sessions.