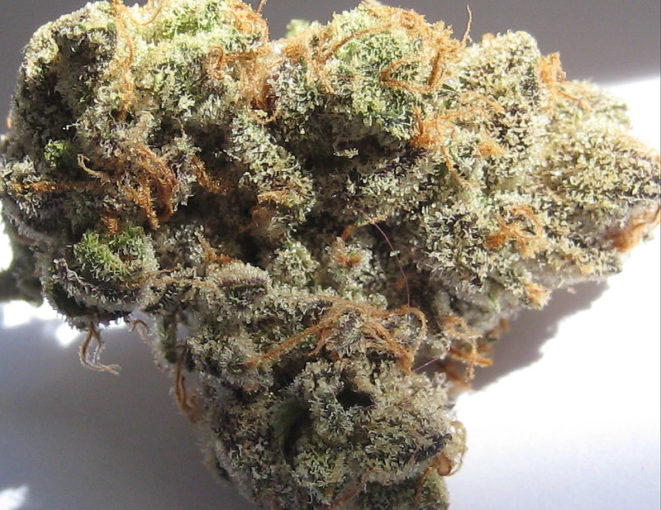 Tuna OG is also known by another name – Tuna Kush. This hybrid cannabis strain comes with Indica-dominant properties. It comes from the cross between the Black Tuna and OG Kush strains, and it delivers robust effects to its users.

Its potent average THC levels of 16% to 18% offer strong effects on seasoned cannabis consumers. Furthermore, its prominent terpene profile offers an overwhelming skunky aroma that will spread in and outside smoking areas.

What are the Effects of Tuna OG?

The highs of Tuna OG begin with heady states of euphoria to its users. Some smokers may even feel slightly invigorated by the surge of happy feelings but it still won’t be enough to complete a gym course or run a marathon. Nonetheless, it will leave minds wandering in dreamy introspection.

This peaceful state will leave most users in a slightly stoned condition. An onset of bodily warmth will follow soon felt from head to toe. All of its properties and effects do blend together in a harmonious fashion but will leave smokers in a slightly couch-locked position. Continued doses of this cannabis strain can even lead to sleepiness.

What are the Medical Benefits of Tuna OG?

The relaxing vibes brought by smoking Tuna OG can greatly help in letting users properly combat the effects of some medical ailments. For instance, it can help users find relief in conditions like eye pressure and muscle spasms. Also, the relaxing vibes brought by smoking this strain can greatly assist in giving insomnia patients their much-awaited ticket to dreamland.

What are the Negative Effects that you can expect from Tuna OG?

Most cannabis users smoking Tuna OG will experience dry eyes and mouths. Some smokers might also acquire paranoia spells during the onset of its highs.

Don’t attempt to cultivate Tuna OG in dense residential areas as the funky and skunky stench might alert the authorities to the area. Still, interested gardeners can try cultivating this plant in controlled indoor environments.