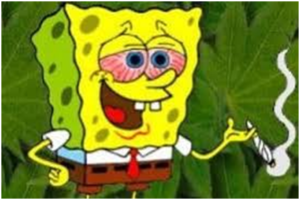 The impact of smoking weed on appearance has turned out to be a major concern among many marijuana fanatics. A lot of people just suggest avoiding communicating with other people and just lay low. However, some disagree with this notion. The one that just stays on one side tends to be more suspicious compared to one who just tries to be as ‘normal’ as possible.

Still, of course, if you have already hit a high, and you choose to talk to other people, you may have to expect to say things that are a bit odd, laughing it off. This may cause a problem if you end up talking to a person who is sensitive to these types of things. The concern as to how it becomes possible not to look high after smoking marijuana may turn out to be a complicated thing, without a single, particular answer. What is important, however, is to understand at this point that it usually takes a good amount of preparation before, while, and after weed smoking in order to reach a worry-free situation.

The way you look after you smoke weed has something to do with the way you prepare beforehand. Without taking the necessary steps before smoking, it would be ultimately impossible to stay put after. Your preparation should include gathering the supplies needed. In order to be sure of a good smoke, you need to prepare a filter for your smoke, making it smelling nice. Other things that you can prepare include gum/mints, eye drops, as well as proper storage. When these tools are absent, there is a huge chance that you will get caught after smoking.

The dank breath caused by smoking weed may unnecessarily capture the attention of other people. While gums and mints will only cover them temporarily, not preparing them will increase the chances of being noticed.

A sploof is a type of filter that will remove the smell of smoke exhaled. All you have to do is to smoke on one end, and the clean air comes out from the other end. This is very important so that you do not smell like bud after smoking.

Another visible result after smoking is red eyes. Therefore, bringing some eye drops with you is needed especially since having red eyes is generally associated with smoking marijuana. These eye drops are available at local convenience stores.

After making sure that your breath and eyes are in check, you now have to secure the evidence of the actual ‘act’. A good option is a tight container where you can place all the goodies after using them. They come in different shapes and sizes and are generally smell proof.

Now that you have already prepared beforehand, you are now ready for the most exciting part. After that, what’s next? Would you choose to just lay low, stay out of anybody’s sight, or act as normal as possible? You may have chosen the latter after making sure that pre-smoking preparations are done appropriately. After all, being silent will attract more suspicions.

What you really have to do to act normal is to really act normal. You have white eyes and great smell, no problem with that. All you have to be careful of now are the words that go right out of your mouth. You surely would not want to go on telling people how high you are feeling right now. Sure, it may be real and you are feeling it, but that will surely be a great hint to other people to look at you closely, or perhaps call the security to have you randomly checked.

Avoid running away from a conversation because that will only make you more suspicious. All you have to do is to relax as much as you can. If you do not have to talk to people, you may just want to go about doing the things that you regularly do. After all, the high does not usually last the entire day. You can just catch up with conversations later. If you cannot control yourself and end up saying something stupid, it’s fine. It’s not like you’re the only one who says stupid things. Just laugh it off, but be careful not to laugh too much.

Bottom line is that, with the right preparation, you can look as normal as possible even after smoking weed. As long as you look good, nobody will suspect you initially. Afterward, it is up to you to play the role of a sober person to avoid attention.