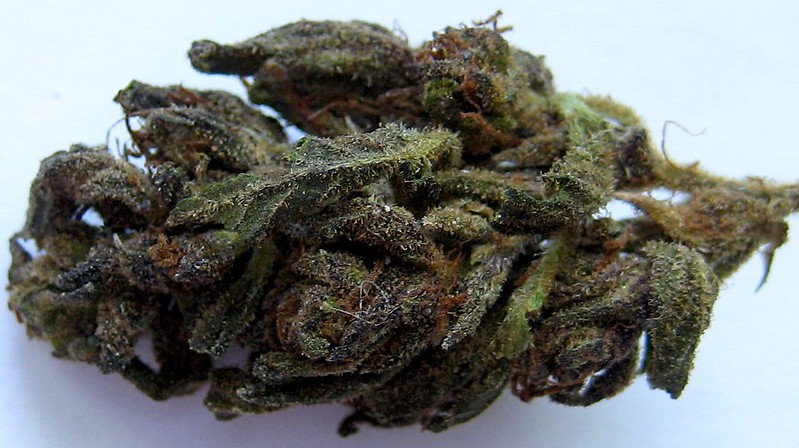 Four-way is a combined genetic version of Skunk #1 and Landrace. The strain consists of 80% indica and 20% sativa making it an Indica Dominant The landrace breed comes all the way from its Middle Eastern origins added with the kick of Skunk. It has an incredible burst of flavors that could make a whole room forget what will happen the next day. It’s THC levels are at 15-20% which relays a sedative effect while being consumed.

A warm feeling of the skin that leads to a comfortable feeling to sleep is one of the effects felt once the strain is taken.
Type: Hybrid
Flowering Period: 7-9 weeks
Climate: Moderate
Flavors: Pepper, Sweet, Honey
THC Levels: 15-20%
Yield:3.5 OZ
Growing Difficulty: Moderate

What are the effects of the Four Way?

Even with a light feeling of high, it still possesses a potent effect once taken. At first, you will feel happiness and energy. A few moments upon inhalation you will then feel a europhic sensation. A powerful pull inside the body with a couch locked feeling making you immovable for several hours.

What are the Medical Benefits of Four Way?

Inhaling Four-way can also be beneficial despite its stony high effects. It’s believed to be a good treatment for Migraines and chronic headaches. It is also a good alternative medicine for muscle spasms, insomnia, and nausea. Since it has a potent effect of sedation that can make you fall into a deep sleep allowing some time for your body to rest and to get rid of pains and aches.

What are the Negative Effects that can be expected from Four Way?

The Four way’s THC levels come in very high at an average of 15-20% which could lead to altering side effects like dizziness or an uptight mental state. It can also cause paranoia or be paranoid as it is a strong type of strain making you stoned and high when inhaling it.

The strain’s parent plants, Afghani and Skunk No. 1 are easy growing plants. The offspring Four Way also has the same characteristics. It can be planted on either indoors or outdoors just make sure that the place is well ventilated for a normal plant to breathe with normal humidity level.