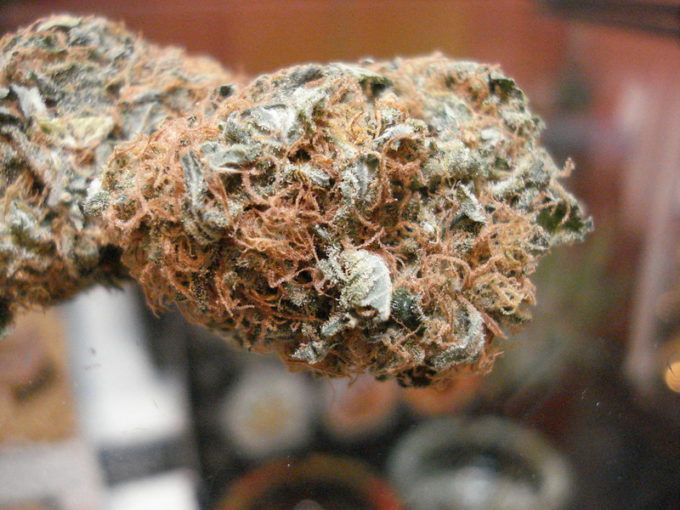 This strain has an olive green nug with a dark purple undertone, small crystal trichomes that appears like the color blue when exposed to light, and have orange hairs.

What are the effects of Fire Alien Kush?

Fire Alien Kush is consumed because of the uplifting feeling that it can give to users.

After the user had his first toke, he immediately experiences an energy boost. This energy spreads throughout the person’s body, giving the person the ability to stay laser focused.

Eventually, the user’s limbs feel relaxed, but not to the point that the person feels weak or that their energy is sapped.

What are the medical benefits of Fire Alien Kush?

Although the Fire Alien Kush boosts the user’s energy, it is an effective strain for dealing with insomnia. This is due to the relaxing effect that it gives to the user’s body, enabling them to rest.

Depression and stress can also be alleviated by using this strain because of its euphoric effect. People with PTSD can also benefit from the Fire Alien Kush exactly because of this effect.

Certain pains such as headache, migraine, and PMS can also be alleviated using this strain.
What are the negative effects that you can expect from Fire Alien Kush?
Users of Fire Alien Kush commonly get dry eyes and mouth after consuming it.

The 20% THC content of this strain may be strong enough for some users. If consumption is not controlled, the person can feel paranoid and anxious.

The only issue that can be experienced from this strain is the strong pungent odor that it produces as it starts to grow. With this in mind, growers should do something so that it cannot distract other people, especially if planted outdoors.