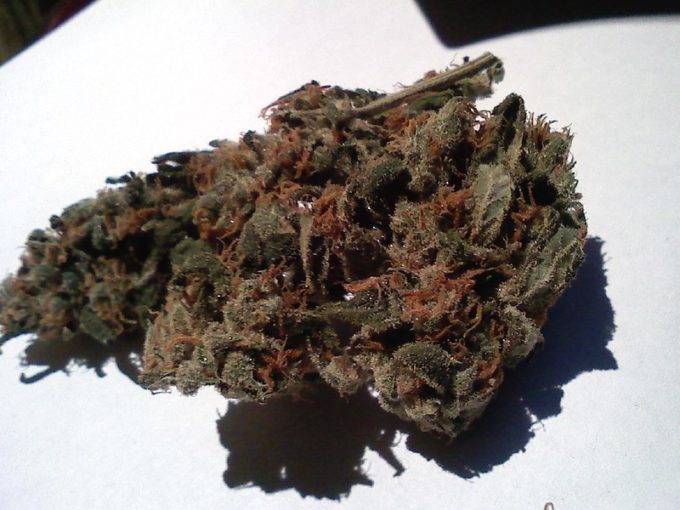 Eugene Cream is bred from a female plant known as Queen and either a Hash Plant or Big Bud – both of which are part of the indica family.

The growth cycle of Eugene Cream is quite short; this enables growers to produce this strain consistently.

This strain along with many others came to the market when the use of marijuana was legalized in Oregon in 2014. What made the Eugene Cream different though is that it is being developed even before the legalization happened, enabling one farm to master its cultivation.

What are the effects of Eugene Cream?

Users report that with Eugene Cream, the most common effect are the feelings of euphoria and relaxation. Cerebral rush is experienced, and this feeling goes down the person’s spine and other parts of his body.

With the euphoric effect of this strain, users are expected to short bursts of giggling. Once this short episode are done, the user eventually feels ready for bed.

What are the medical benefits of Eugene Cream?

This strain is helpful to individuals who have conditions such as chronic pain and stress – all of which can be cured by sedatives. Some women reported that it can also help with menstrual cramps.

It also has some mental health benefits, as those who have depression and insomnia can use the euphoric and relaxing effects of Eugene Cream to alleviate their condition. For people who lack appetite or feel nauseous, this strain stimulates hunger and can help combat indigestion.

What are the negative effects that you can expect from Eugene Cream?

The most common negative effect with its use is dry mouth. Anxiety may also be experienced.

Being native to Oregon, this strain will more likely grow in areas with a moist and somewhat cool climate. However, it is susceptible to diseases and molds, especially if there are sudden changes in the temperature where it is being grown. Thus, it is the grower’s responsibility that the strain will not experience any unexpected temperature swings.